Based in Nakuru , the outspoken, talented, admirable Gengetone Artist whose jam ”Bomb ya Saddam” made him trend at number one in Kenya is slowly but surely becoming a household name .He tells us about his tattoos , the origin of his stage name. He believes Kenyan women are beautiful!

A. Boniface Makuthi A.K.A Kilundeezy is a hard-working Gengetone artist, song writer, content creator and an electrical engineer based in Nakuru.

”You’re so cool, you’re like a dude in a girl’s body”, that’s not a compliment.

Q. WHAT’S THE ORIGIN OF YOUR STAGE NAME ‘’KILUNDEEZY’’

A. The name Kilundeezy comes from Kilunda. Kilundeezy came naturally in a freestyle rap, a signature where I ended my rap like ‘’yeaah yeah Kilundeezy”. My rap begun on twitter because of cyber bullying. So, I used rap as a tool to defend myself that’s where after my first freestyle wasee wakaanza kuniita Kilundeezy. Kilunda is a nickname I was given in high school.

A. Mmmh that would be Chapati. I’m an addict of chapati. Rice and good stew.

Q. DESCRIBE YOUR TYPE OF MUSIC/GENRE

A. Gengetone which evolved from Genge-rap, a musical style incredibly popular in the 2000s in Kenya. It blends rap with reggaetón and dancehall infusions resulting in a high-energy and dance-ready sound. The music is also characterized by its explicit lyrics and commentary that reflect the current lifestyle of the ‘hood’ experience, usually rapped or sung in “sheng”.

Q. BEST SONG YOU HAVE DONE SO FAR?

A. I actually can’t tell between ‘’Bomb ya Saddam’’ and ‘’Form’’ which is my best song. Let me just say Both are my best songs so far.

A.  Form is one the songs that has put me in the limelight. Everyone was raving about Trio, so my manager reached out to his team. A month later, I sent my verses, we vibed and recorded the song. He is such a talented artiste, from how he writes his bars to his flow. Before even releasing the song, we were already jamming to it the studio.

A. Uhm Ssaru. I love how she flows in her songs. she keeps it simple and she is a hardworking artist.

Q. YOUR VIEW ON GENGETONE

A. Gengetone has given Kenya REAL recognition. The best that Kenya has ever got in music. I can clearly remember people jamming to Wamlambez even in America. The problem with us Kenyans is that we are in denial.

Q. WHAT SOUNDS LIKE A COMPLIMENT BUT ITS ACTUALLY AN INSULT

Q. VIEW ON DRUGS AND ALCOHOL?

A. I would say Drugs are addictive. Alcohol is something you can control. Too much consumption may lead to failure in life .it would be better to avoid both at all costs unless you are the type of person who has self-control.

Q. ARE YOU IN A RELATIONSHIP?

A. I would prefer to keep that private.

A. Kenyan women are just beautiful

Q. TELL ME ABOUT YOUR TATTOOS

A. For the tattoos, it’s just a part of art. I have loved tattoos since I was in high school. Had my first tattoo while I was in form one. I just had love for tattoos. I also loved Marilyn Monroe I actually have two of hers…and the rest is family names …plus most of my friends are tattoo artists.

Q. WHAT DO YOU WANT TO BE REMEMBERED FOR? DREAMS & AMBITIONS?

A. I have a program on twitter where I support people’s businesses, I would be happy to hear about their growth one day. I would want to be remembered as one of the best Gengetone artists to ever live.

Besides ”Form”, the club banger with Trio Mio , other hits from him include Niko Tu Fity , Zimebanja , Osama and more. 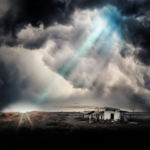